Bio: Kathy did her first solo voice performance at the age of 11, since then she's honed her skills in many different situations from church choirs to local bands.  Kathy's band leader skills are something that cannot be taught; she's developed those skills while managing her own bands and spending countless hours performing live music in many different venues over the last 30 years. Her standard for excellence is followed by everyone in the band! 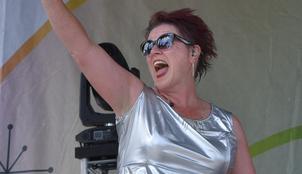 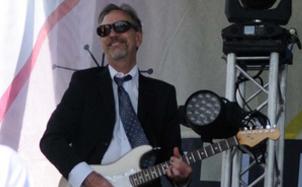 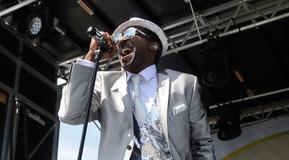 Influences: the guitar greats of the 50’s, 60’s and 70’s, R&B/Soul, Motown and Rock n’ Roll music has helped in the amalgamation of his personal style as a musician. ​
Bio: The guitar has been a long time passion for this Chicago native!
Early on, he realized that he could listen to a song and figure out how to play it. Pouring over the records his parents had on the "Hi-Fi" ; the first “gig” was in Jr. High in the auditorium for the student body and facility… and the thrill of performing was born!
In the next 25yrs to follow, chalking up numerous performances on large to very small stages, this guitarist has had the honor and privilege to perform with many talented artists and groups covering various styles of music.  Glenn  is a seasoned musician and continues to delight in creating and re-creating music for people to enjoy. 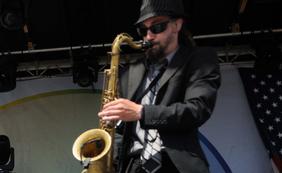 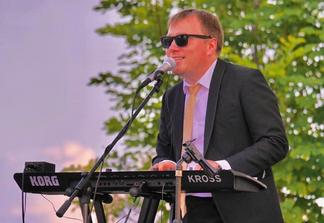 Influences: Jamiroquai, Average White Band, Maceo Parker, Oscar Peterson, Scott Joplin
Alex started learning music at age 10 in boy's choir and found the "magic" of piano a couple of years later. During those early school years he became familiar with classical music and Beatles songs, and later got blessed to play funky grooves and a rich variety of soul music.
Alex joined this incredible Chicago band in 2019 and feels happy to share soul and funk passion with our fans! 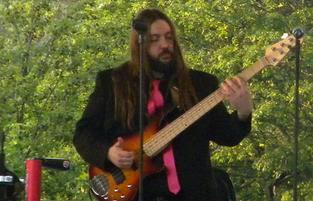 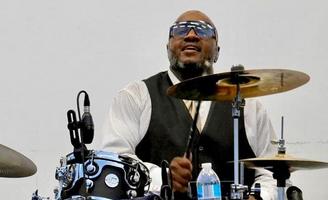 Bio: Tenor saxophonist and music educator, Dave received his undergraduate degree from VanderCook College of Music in music education and his Masters from Western Illinois University in Jazz Performance. Currently the Band Director at Northtown Academy in Chicago, David also is a very active musician throughout Chicago.

Bio: Lyle has been a professional performer for over 30 years. He has appeared on concert and theater stages around Chicago and the world. He won best actor in 2010 for his role as Joe Tex in Black Ensemble Theater's "Story of Joe Tex" Lyle is also a professional recording artist, producer, music and vocal arranger.